Searching for Subbotniks in Subcarpathia, Ukraine

The Subcarpathian Rus (Ruthenia) is a region with an unusual history. Populated mostly by Slavic-speaking Rusyns, whose language is similar to both the Russian and Ukrainian, the area had belonged to Hungary until the World War I, when it became a part of Czechoslovakia. In 1945 it was annexed by the Soviet Union and became a part of Soviet Ukraine, known as the Transcarpathian Region (Oblast’), and in 1991 it became the most western province of Ukraine, separated from the rest of the country by the Carpathian Mountains. Prominent Jewish communities, such as Munkatsch (Mukachevo) and Ungwar (Uzhgorod) emerged here in the 19th century. Much less is known about originally non-Jewish groups converting to Judaism in the region. While the communities of Gerim exist in Romania, including neighboring Transylvania, another part of historical Hungary, and in Ukrainian Crimea, little is known about such communities in the Subcarpathian Rus.
During the field trip to the region in august 2008, organized by the Moscow Center for Jewish Studies “Sefer”, we were informed by the head of the Mukachevo synagogue Mr. Abraham Leybovich, about several Rusyns from neighboring villages, who were interested in converting into Judaism. According to Mr. Leybovich, there is an entire village with 200 Subbotniks (Observers of the Sabbath). Our informers mentioned the village of Ilnitsa, a couple of miles from the town of Irshava as the place where the Subbotniks live. Visiting the village, however, indicated that local residents call “Subbotniks” Christian Adventists, a congregation counting more than 300 members. According to their leader, Mr. Ivan Kapitan, the Adventist community was established in 1912 in the mostly Greek Catholic village by a local resident who served in Austrian army and got acquainted with the tenets of the Adventism. Several decades later a small group of dissidents with their leader Pilipko broke away from the community, forming today a community of 50-60 members. Our informers insisted that the group is still Christian. When asked about Subbotniks who do not recognize Jesus, they mentioned a small group of “Jewish” Subbotniks (of Rusyn origin) mostly in the neighboring village of Dishkovitsy. We did not have an opportunity to visit Dishkovitsy and talk to the group, however, we interviewed a member of the group who attends services in the Mukachevo synagogue. According to our informants; the Jewish Subbotnik community of Dishkovitsy includes several dozens of families and was formed about 10 years ago. The matter requires further investigation. 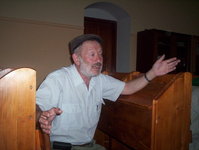 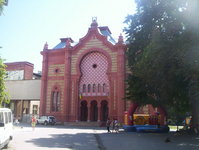 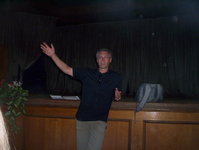 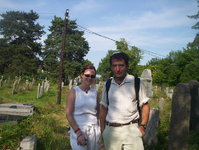 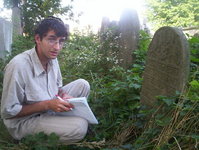